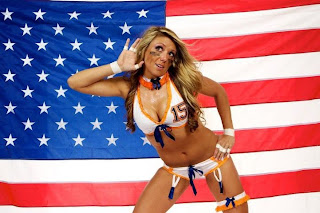 On our latest edition of Bliss Breakdown on SportsTownChicago.com we were joined by Cleveland Crush
writer of the LFL, Kevin Fay. Fay talked to us about Crush QB Tia Knipper and the future of the team with new head coach Dontez Howard.

We also talked with Chicago Bliss wide receiver Laura "Stickz" Petersen about the upcoming game against the Las Vegas Sin. We had two special callers who called in to talk about some coaching tirades in the LFL and the coaching mentality when coaching women sports.

Check out everything we discussed on SportsTownChicago.com